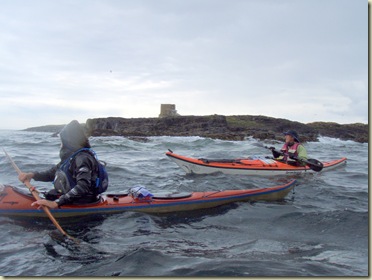 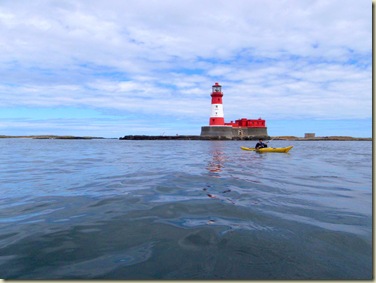 We were then escorted into the lighthouse stop by some very photogenic and people friendly seals who enjoyed strutting their stuff in a clear water pool and posing for photographs. 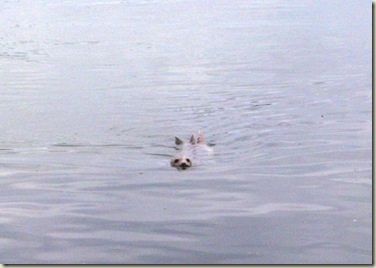 We were soon joined by various roaming packs of sea kayakers who were up for the Coquet island race the following day. 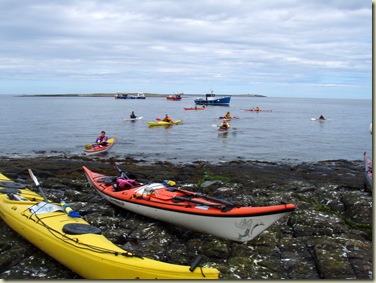 Later we paid a visit to the seabird colony and saw thousands of birds at close quarters and enjoyed the comic absurdity of puffins. 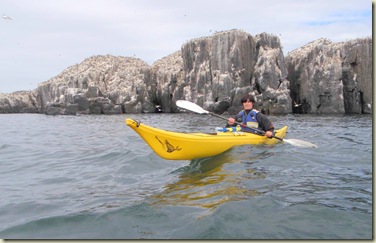 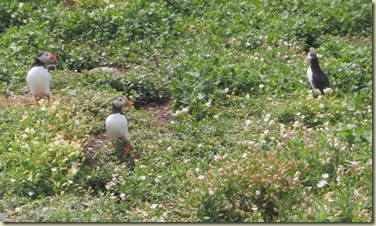 We also compared the number of pecks to the head by ferocious terns. 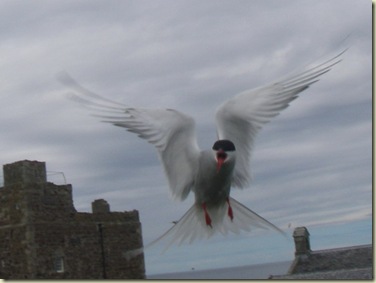 Ben maintained there was a positive correlation between height and number of pecks sustained, but Mike thought he came off the worse by virtue of the state of his hat! 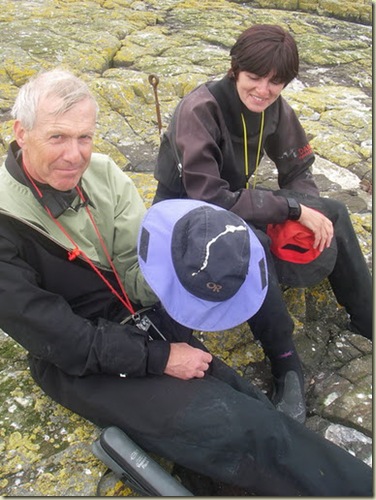 After a damp pub crawl around Seahouses in the evening in search of the well publicised Music Festival we discovered that it had packed up and gone home at 4.30, so we had to make do with listening to a drunken rendition of tunes from the Lion King instead - perhaps we wouldn't have been able to tell the difference anyway!


Next day we launched from the delightfully named "Sugar Beach" in perfect weather and Ben paddled off south to Amble to take part in the Coquet Island Race in the afternoon while Mike and Lynette headed north for Dunstanburgh Castle rock hopping around some interesting clear bathing pools and cliffs. Ben achieved a good placing (25th!? 6th in my age group and one second ahead of my mate Gill!! . . . Ben) despite "not taking the race seriously" and being hindered by using a well loved plank of wood as a paddle! 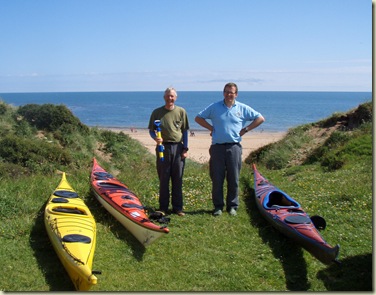 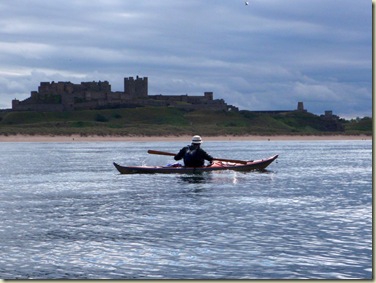 A number of new photographs taken by Richard Creese have been added to the Gallery.
Posted by Rutland Canoe Club No comments:

Yesterday 15 paddlers set out from Whitwell creek soon after 10:00am. Neil was the Main Body Leader assisted by Graeme bringing up the rear. Under the new rules a list of all the paddlers was left with the Watersports Centre.
We headed out to the Limnological Tower in the middle of the lake then across towards the Normanton Church before turning down the north shore of the south arm of the reservoir. The group keeps together moving at the speed of the slowest member. 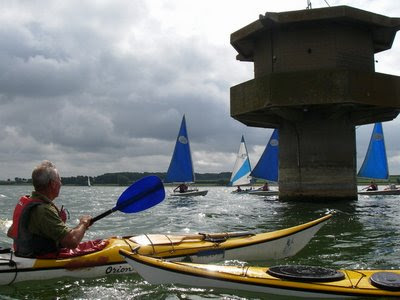 All the group were in kayaks of differing shapes and sizes; one double, the rest divided between long sea kayaks and short whitewater kayaks. Most of the club kayaks were in use and some members had brought their own craft. The Sunday paddle is a good opportunity to try different boats and paddles and to get advise on different pieces of kit. Most were wearing tee-shirts and shorts as the weather and water were so warm.
The previous week when conditions were very still most of the craft were canadian style open canoes. Often there are seperate groups for open canoes and kayaks. 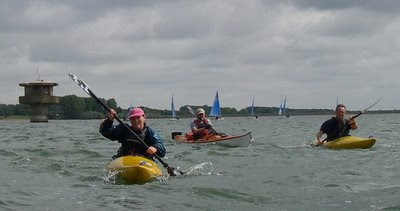 Paddling along there was the usual chat amongst the different groups. A light south-westerly wind hardly ruffled the surface of the lake but meant there were a good number of sailing craft of all shapes and sizes. One job of the Main Body Leader is to steer the group out of the way of other waterborne craft; dinghys, yachts, wind-surfers, fishing rowboats and the Rutland Belle.
The south arm was quite busy it being a summer Sunday but usually there are ducks, geese, swans and cormorants around the lake. The nature reserves at the end of each arm of the reservoir are off-limits but this still gives us enough room for a good paddle. Before we reached the row of bouys that mark the start of the reserve we cut across the lake to the southern shore for the usual coffee stop and a chat. 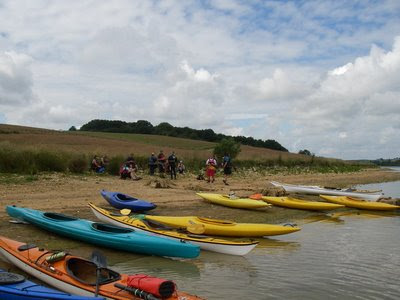 After a break we headed back via the Tower to Whitwell Creek. The water being so warm Pau decided to have a go at some rolling as we approached the orange bouy at the mouth of the creek loosing a pair of sunglasses in the process.

15 paddlers set out and 15 paddlers returned (minus one pair of sunglasses). We were off the water by 12:30pm. A typical Sunday morning paddle.

The third evening session took place last Saturday and much rolling and rescue practice was enjoyed. This was followed by a session of kayak polo and a barbecue as the sun set.

Thanks to Barry for organising these sessions at the Bourne Outdoor Pool. Don't miss the next one in a fortnight. 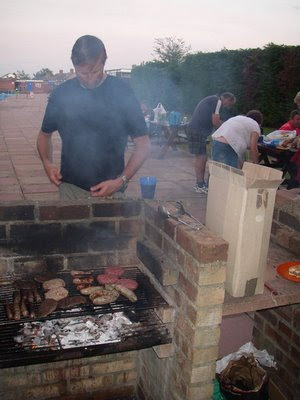