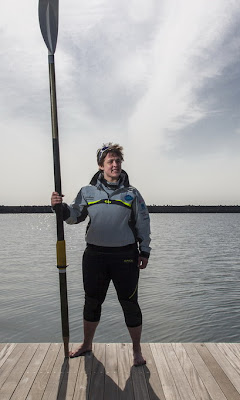 After a week of examining the weather systems in minute detail, Sarah took the advice of weather forecaster, Lee Bruce and prepared to leave Choshi Marina in Japan. By the evening of Friday 26th she was ready to go with a planned departure of 9am (Japan time). On Saturday 27th April 2013, Sarah and her boat 'Happy Socks' headed out surrounded by crowds of well-wishers. Unfortunately, it was a short-lived attempt as the winds blowing into the marina made it impossible to leave.

Her second attempt at 15.33pm (Japan time) was successful as the winds had died down and she rowed out of the marina with a huge beaming smile across her face.

Over the last 48 hours, it has been a mix of good and bad. Most importantly, Sarah has been helped enormously by the winds which have pushed her onto the Kuroshio current, allowing her to make many miles with little rowing. However, she has been affected by nasty bouts of seasickness, making her weak and unable to eat or row. The seasickness will pass as she becomes accustomed to the waves and as the wind dies down but, for the time being, it is something to be endured.

Sarah remains in excellent spirits and thanks all those who have supported her and sent messages of encouragement.